- Next Launch: February 4, 2023 - Hold (We are watching the weather. Currently it is forecast to rain on Saturday.) -

We had a great day of flying at the October launch! Many new faces and a few new section members. Welcome to all, hopefully your first-time experience will result in many return visits!

We logged 62 flights across motor classes A thru G, a few clusters, and no rockets lost to trees or brush!

It may have been the lack of wind, but Dan Woller may have erased any perceptions of our new location being a small field. He launched and recovered his Aerotech Mustang Sally, not once. but twice, on F42 motors! Both flights were picture-perfect and the recovery was very close to the predicted spot, well within the field.

The theme of the month was Odd Rocs and we had a varied bunch! There were the expected saucers, such as Fliskit's UFFO, but then Kyle and Amanda Chung upped the style-points by successfully launching scratch-built monocopters. An Estes Porta-Pot-Shot also had a maiden flight late in the day.

But it was Roger Smith's Jolly Roger rocket that was heads, if not shoulders above all the rest. This was a 'skulls-up' launch of a skeleton head and crossbones on a G38. The launch and flight were great, but the four-second delay proved to be just a bit long...

In addition to the Odd Rocs, there were a few scale rockets on the field - including Tom Dennen's Little Joe and Robb Haskins' Phoenix and Nike-Smoke. Carl Campbell impressed the crowd with his scale Delta IV Medium (5+2) and Delta IV Heavy. Both rockets feature not only incredible detail and craftsmanship, but a scale flight profile to boot! Shorter burning motors in the side boosters allow them to drop away just like the real thing. A complex cluster launch, but Carl pulled off the flights wonderfully!

Not to be outdone, Carl's son Jason also got in on the clustering by successfully launching his BOMARC-style Black Thunder. This scratch design flew great on a central C6-3 and two outboard A10-PTs. I can't wait to see what he'll have in store for us next time!

See everyone on November 4th! 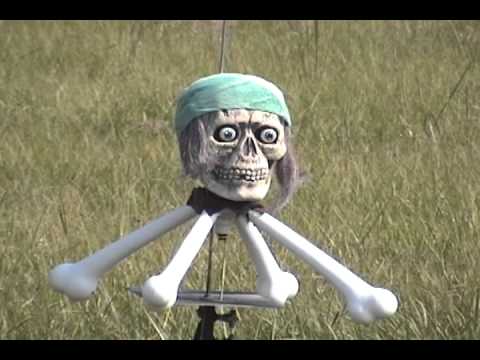 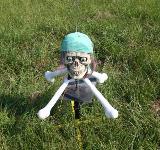 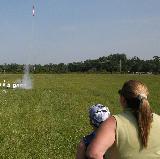 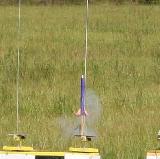 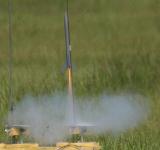 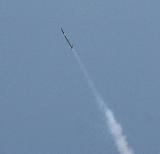 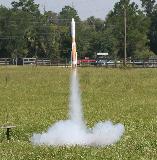 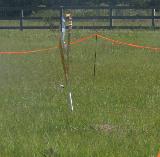 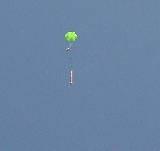 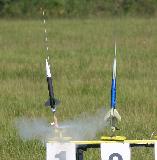 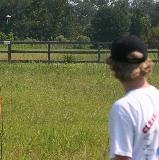 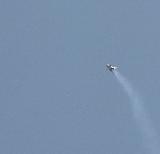 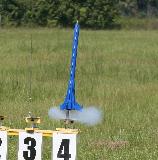